About The Author – T.A. Rosewood

Want to know more about the author T.A. Rosewood?

Traci, who writes under the pen name, T.A. Rosewood, wrote her first short story when she was just thirteen years old, which was called, Looks Aren’t Everything.

During a GCSE English exam, she had to write a two-page short story, but, once she’d started writing, she ended up with a thirty-page document and was graded down for that English exam. That story was called ‘The Runaway’, a young adult story.

During her twenties, Traci began writing poetry and has been published in five different poetry collection books. Unfortunately, she had to stop writing as her working life and family grew.

Almost two decades later, in 2016, Jojo Moyes was the inspiration for her to write again, when she met the bestselling author Jojo, at the open evening of Harts Books in Saffron Walden, Essex. 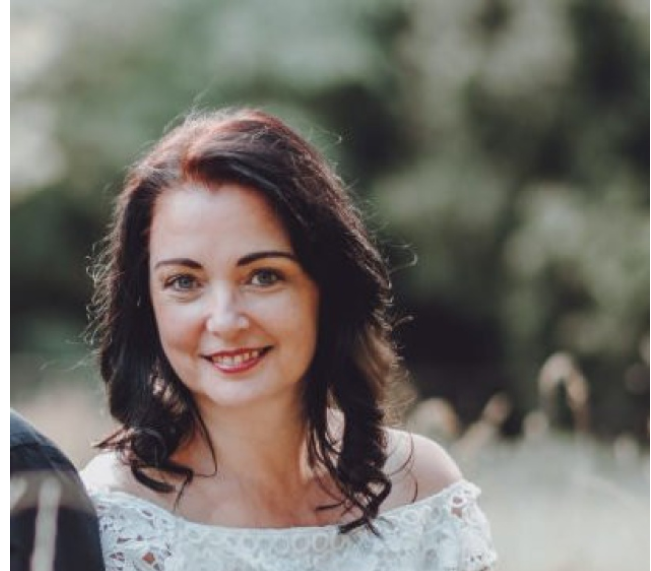 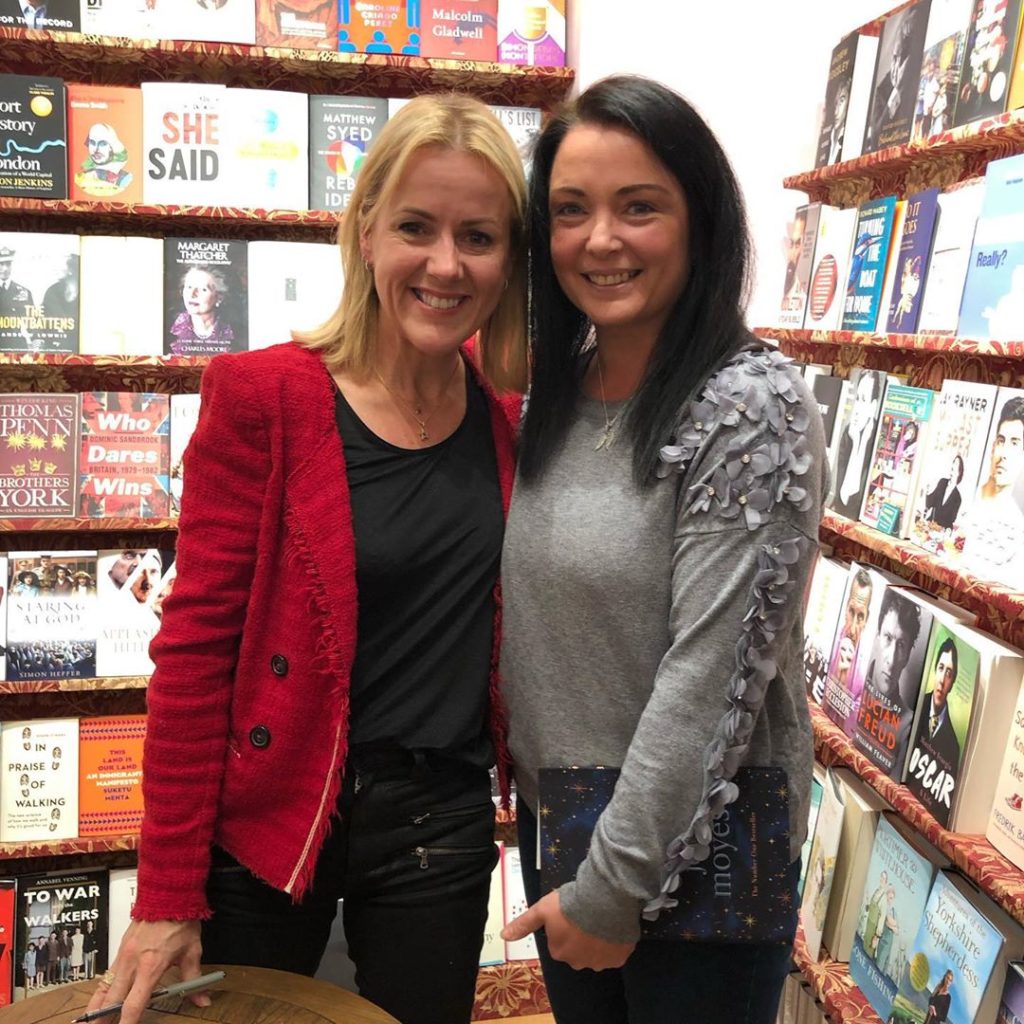 Traci and her husband went along to show their support for the new book shop in town and listened intently as Jojo Moyes described how it felt when her bestselling book Me Before You was turned into a Hollywood Film.

At that moment, Traci turned to her husband and said: “I’m going to start writing again.”

That evening, she couldn’t sleep for excitement and come up with a fictional storyline for Reasonable Lies, which would highlight a sensitive women’s health issue.

Sadly, one month into writing her novel, Traci’s mum, was diagnosed with the same disease as the lead character in Reasonable Lies, which put an immediate stop to her writing, as it was just too painful to continue.

Thankfully, after two operations and eighteen months of treatment, her mum was given the all-clear, and she then encouraged Traci to continue with writing her book using her as research and inspiration.

In October of 2019, Traci and her Husband, Leonardo, attended the Harts Books ‘Meet the Author’ Event, to hear Jojo Moyes talk about her latest book, The Giver of Stars.

During the ‘Ask the Author’ anything section, Leonardo raised his hand to thank both Jojo Moyes and Harts Books and further explained how Traci had been inspired to write her debut novel from Jojo’s first visit to the store.

Jojo congratulated her and started to applaud, which then lead to a round of applause from the rest of the audience.

This impactful evening kick-started lots of follows on social media, requests from local book clubs wanting to read Traci’s book, and subsequently, lots of pre-orders for her first book, Reasonable Lies which was published in March 2020. 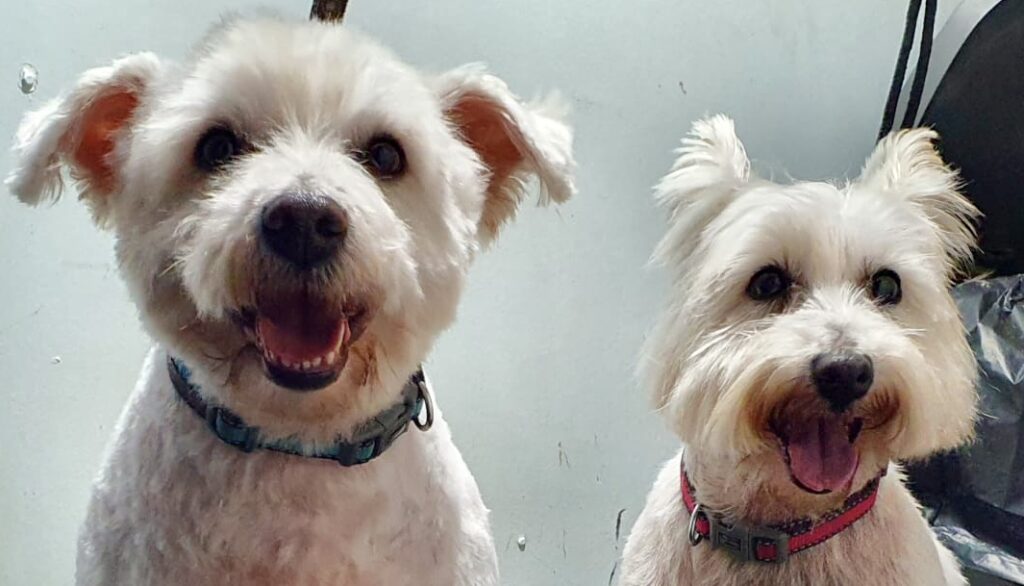 Traci lives in Essex with her husband, two children, and westies, Robbie and Daisi.

Please have a look at the reviews page on here and if you like what you read, please click the button to buy your digital ebook or paperback copy. 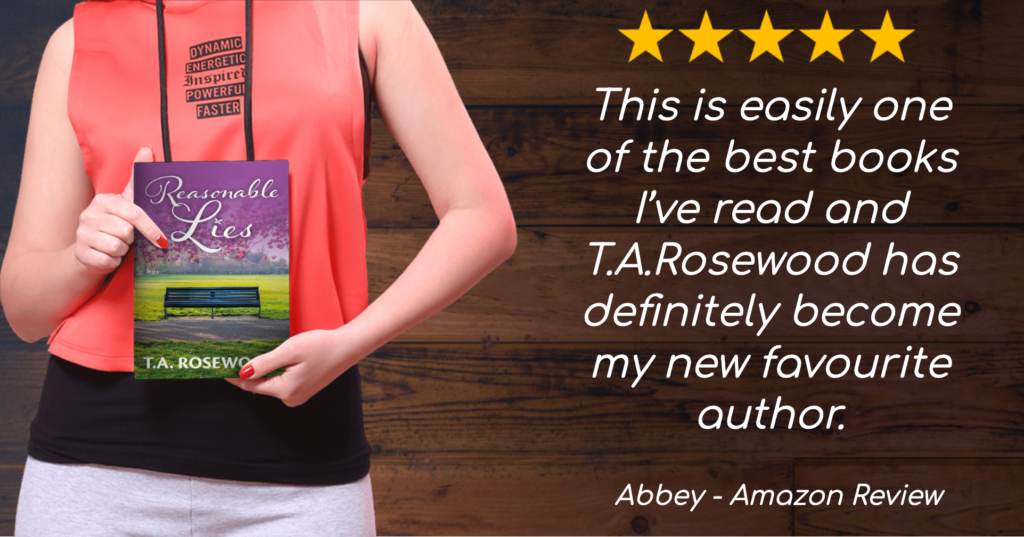 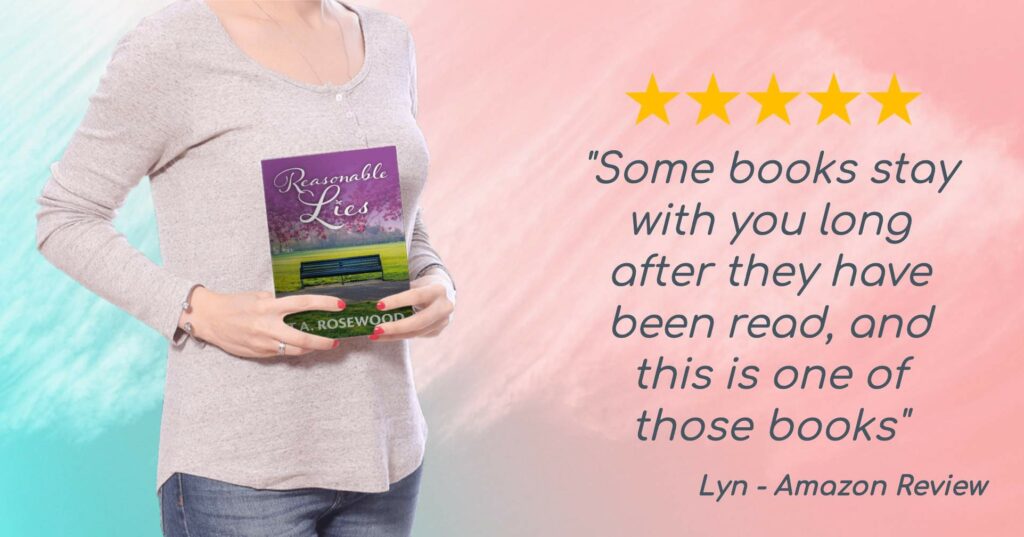 This book is a must read! I thought as a new author it would be a run of the mill good read … surpassed my expectations immensely ….

Jane is a successful accountant married to Karl and they have teenage twins … life could not be any better than this. One day with a charity fundraiser going on at her work Jane finds out something devastating … she can’t tell the family .. this has to be her secret … for as long as it is possible.

While keeping her secret she meets a stranger who will be the rock she needs at this time .. someone who she is able to share the secret with!

Secrets can only be hidden for so long …. they eventually come out!

Will the secret be devastating to her family … You will have to read it to find out! You won’t be disappointed!

One of the best books this year!

This book is amazing and you must read it!

If you want to know more then it’s a story about Jane who has the perfect life which is turned upside down when she discovers she has terminal cancer.

Her “reasonable lies” are the ones she tells to keep her loved ones from finding out the truth.

I thoroughly enjoyed sharing Jane’s journey although I’m still not sure I agree with what she’s done.

I cried, I laughed and cried again!

This is one of the best books I have read this year – thank you T A Rosewood!

Rosewood delicately approaches the subject of loss and the trials and tribulations of having a debilitating illness that has the potential to take your life.

The protagonist, Jane, was relentlessly equal parts likeable and relatable, which expertly raised the connection amid reader and character, making Jane’s plight to survive increasingly fraught with emotion.

Written in the first person, Jane details her immediate reactions and processes of dealing with news no one wishes to hear. We learn of her reasonings, beliefs and hopes. The existential twist was beautiful and really added greater depth to an already excellent plot.

Bravo Traci, a book to be proud of, for sure. 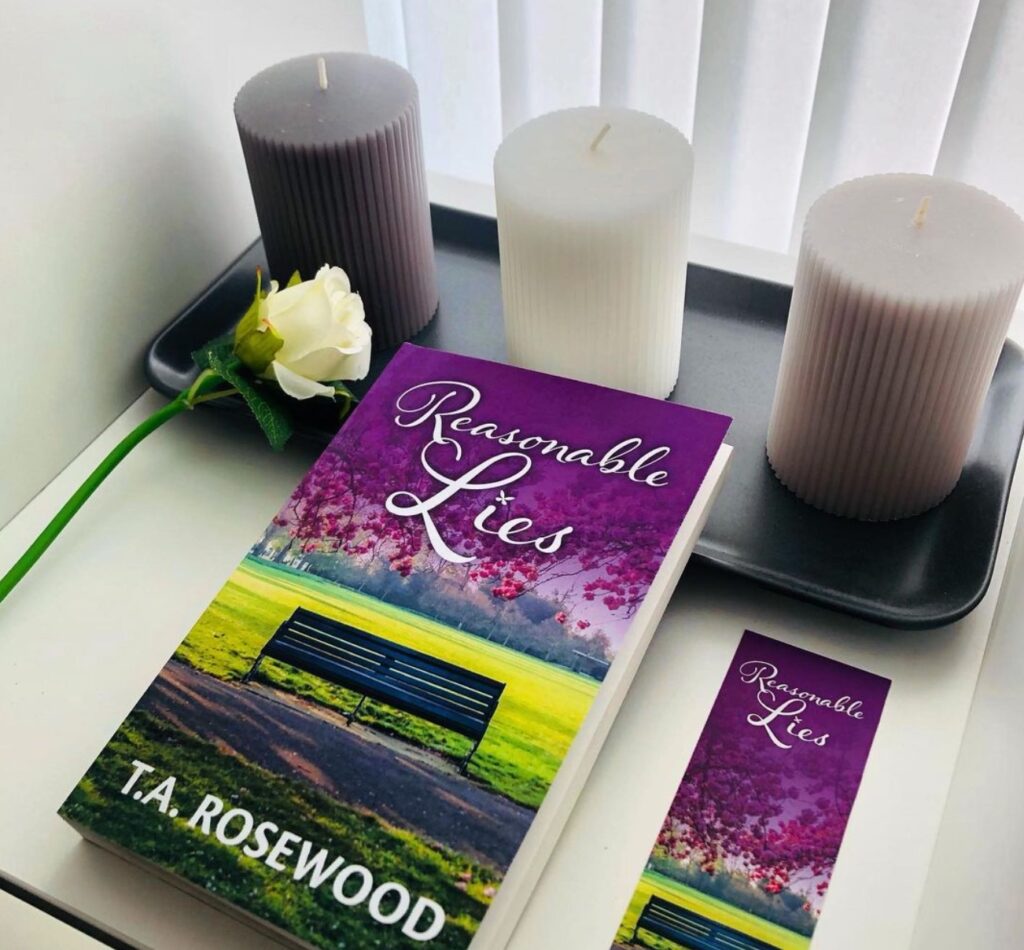 Despite this book being a very emotional read, I loved it!

The characters are written in such an interesting way, and the story as a whole is such a beautiful one.

This book covers some hard topics, and often they can be hard to portray, but the author did an incredible job, and the book produced lots of raw emotions and LOTS of tears!

If you haven’t already, go and give this a read!