Local author – yes that’s me! And I am in the local paper this week for the Saffron Walden and Dunmow district areas.

On Tuesday afternoon, I was thrilled to have an interview over the phone with Louise Dunderdale; the chief reporter of the Saffron Walden Reporter and Dunmow Broadcast about my new book release, Secrets & Lies. A third book dedicated to my step mother who we lost in October 21′.

Here’s the news article that will be out tomorrow in the local area:

Traci Wood, who goes by the pen name TA Rosewood, said Secrets and Lies is being published on what would have been Val’s birthday. Val passed away suddenly in October 2021.

Her latest women’s fiction book is “a bit of a drama”, Traci has said.

“In my first book (Reasonable Lies) the main character is Jane Walden. Jane’s best friend is Sarah. This is her story.”

Book number two was Jane’s personal diary. Traci said that books four, five, and six are “on the way”. 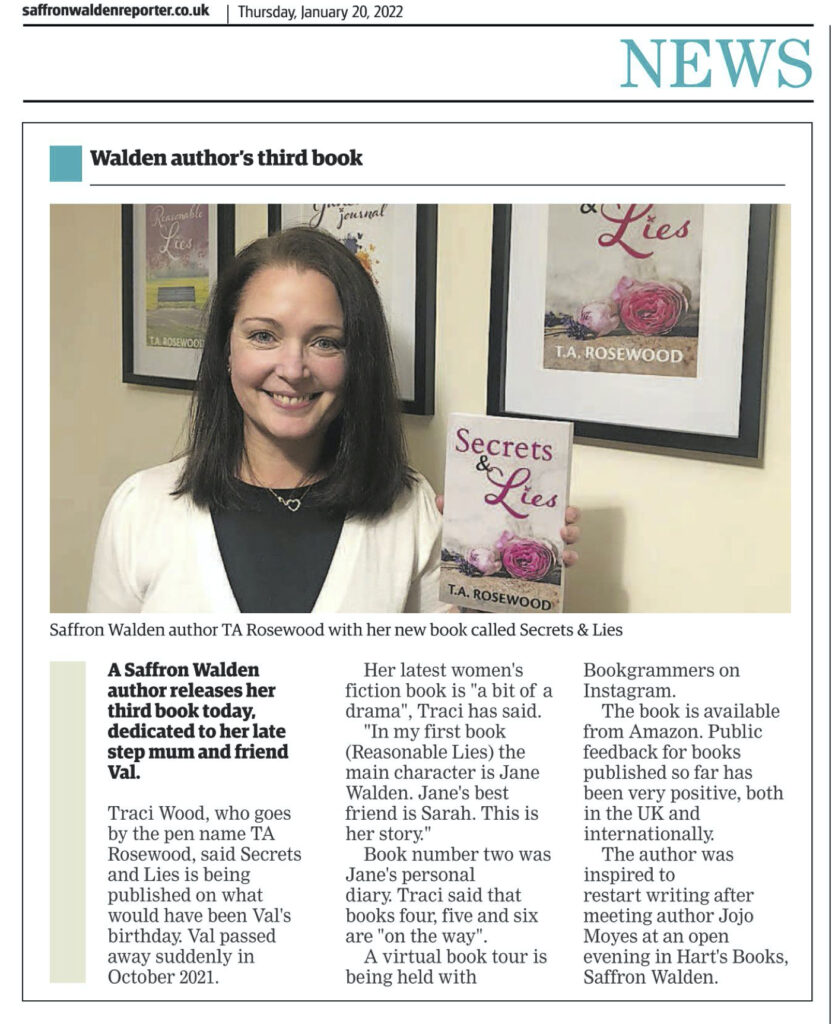 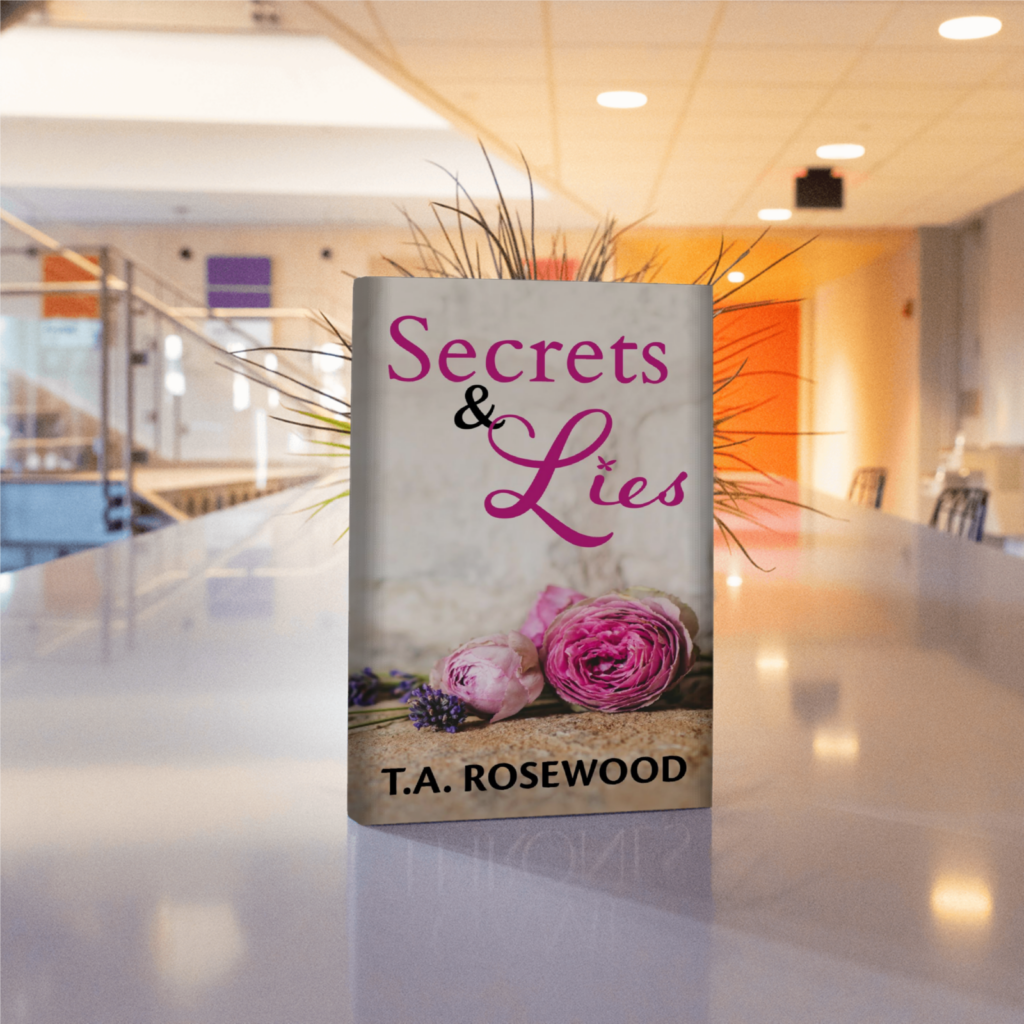 A virtual book tour is being held with Bookstagrammers on Instagram.

The book is available from Amazon.

Public feedback for books published so far has been very positive, both in the UK and internationally.

The author was inspired to restart writing after meeting author Jojo Moyes at an open evening in Hart’s Books, Saffron Walden.”

See the article and pictures here.

A massive thank you to Louise for supporting me as a local author and for getting this sorted out so quickly and efficiently.

Such a delight to talk to you again.

I will be sending a copy to my dad who is very proud of me and we know that Val would be proud too.x